‘Men Of The Strip’ Finally Live Up To Name 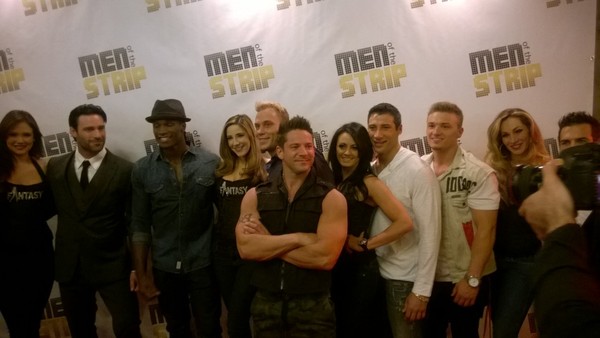 The big event set for March 29 has finally come and gone. And, we don’t mean Earth Hour or thefirst rides on the High Roller, even though those little blips happened, too. No, we’re referring to the Las Vegas premiere of Men Of The Strip. And, if that name doesn’t ring a bell, you must have missed our coverage here. And, here. And here, too. Yes, we’ve been following the show for awhile and now we can answer whether it was worth the hype.

This past Saturday, the lights went out all over the Strip and the curtain went up on Men Of The Strip. The Vegas premiere of the all-male revue, filmed for an E! network special May 26, was anything but subtle. A red carpet affair at Mandalay Bay’s House of Blues had fans (and the curious) lined up for a glimpse as the stars that came out.

The auditorium was packed. Really packed. Along with rowdy, tiara-wearing ladies were a surprising number of men. Like comedy magicians Mike Hammer and Murray Sawchuck. A few were from Rio’s Chippendales and were most likely there to support the new show’s headliner, 98 Degrees founder Jeff Timmons. You see, Jeff’s hosting duties at Chippendales were a big success for both and inspired him to launch his own beefcake gig.